The End is Near

I am thinking about starting up a new Mutant Future game in the near future. My D&D 4e campaign has been on hiatus since the birth of my son Leo last November and I have been growing less and less inclined to start it back up again. Today some Jehovah's Witnesses came to my door bearing the inspiration I needed, a new direction for a post-apocalyptic campaign. The May 1, 2015 edition of "The Watchtower - Announcing Jehovah's Kingdom" has a killer cover image depicting a few bedraggled survivors making their way across a rubble strewn area while the city burns behind them. Brilliant beams from heaven pierce the thick cloud of black smoke overhead.  The cover asks the question, "Is the end near? 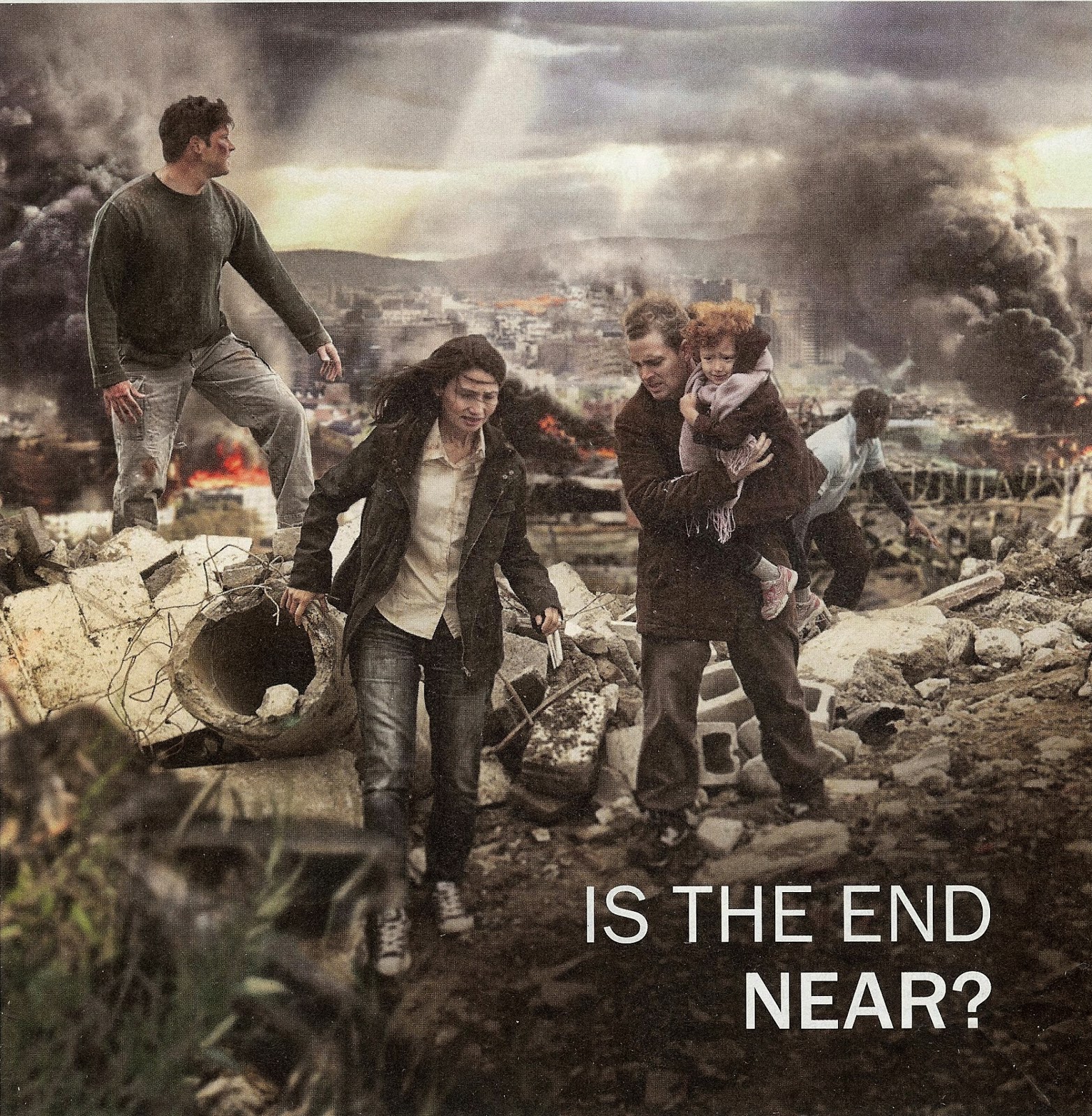 The answer in my game is yes.  I will set my game in the very near future, with the apocalypse loosely as described in the Book of Revelation.  The game will take place after much of the earth is destroyed and while demonic entities rule most of the survivors, before the final battle at Armageddon.     Mutations will be a result of a comet called Wormwood that impacts the earth, poisoning water worldwide with alien mutagenic compounds.

Some cherry picked descriptions of the apocalypse lifted straight from the Wikipedia Book of Revelation entry including the verse notations): 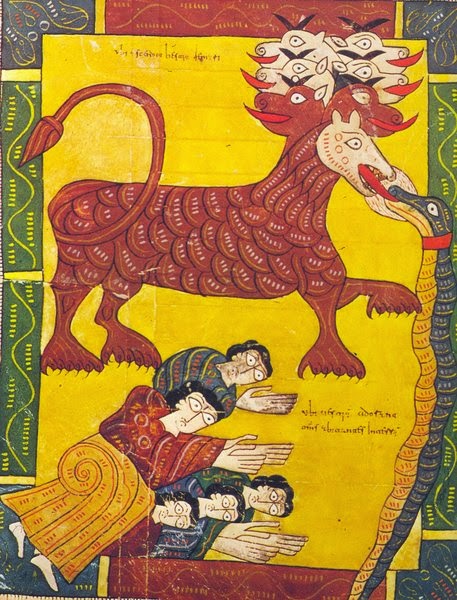